Bank of Canada maintains overnight rate target at 1.75 per cent 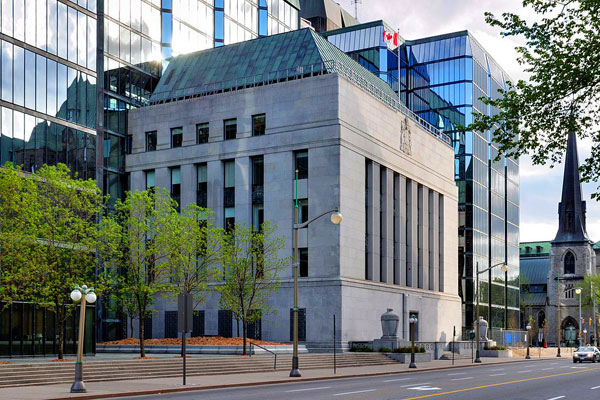 The Bank of Canada today maintained its target for the overnight rate at 1 ¾ per cent. The Bank Rate is correspondingly 2 per cent and the deposit rate is 1 ½ per cent.

Recent Canadian economic data are in line with the projections in the Bank’s April Monetary Policy Report (MPR), with accumulating evidence that the slowdown in late 2018 and early 2019 is being followed by a pickup starting in the second quarter. The oil sector is beginning to recover as production increases and prices remain above recent lows. Meanwhile, housing market indicators point to a more stable national market, albeit with continued weakness in some regions.

Continued strong job growth suggests that businesses see the weakness in the past two quarters as temporary. Recent data support a pickup in both consumer spending and exports in the second quarter, and it appears that overall growth in business investment has firmed. That said, inventories rose sharply in the first quarter, which may dampen production growth in coming months.

The global economy is also evolving largely as expected since April, although the recent escalation of trade conflicts is heightening uncertainty about economic prospects. In addition, trade restrictions introduced by China are having direct effects on Canadian exports. In contrast, the removal of steel and aluminum tariffs and increasing prospects for the ratification of CUSMA will have positive implications for Canadian exports and investment.

Inflation has evolved in line with the Bank’s April projection. The Bank expects CPI inflation to remain around the 2 per cent target in the coming months. Core inflation measures all remain close to 2 per cent.

Overall, recent data have reinforced Governing Council’s view that the slowdown in late 2018 and early 2019 was temporary, although global trade risks have increased. In this context, the degree of accommodation being provided by the current policy interest rate remains appropriate. In taking future policy decisions, Governing Council will remain data dependent and especially attentive to developments in household spending, oil markets and the global trade environment.

The next scheduled date for announcing the overnight rate target is July 10, 2019. The next full update of the Bank’s outlook for the economy and inflation, including risks to the projection, will be published in the MPR at the same time.