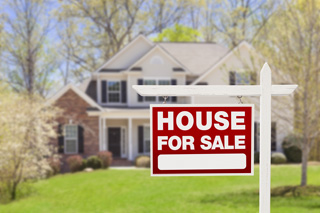 Toronto home sales tumbled in the first half of April, down 69 per cent compared with the previous year, as the coronavirus pandemic led to an economic slowdown and a huge spike in unemployment.

In the first 17 days of this month, 1,654 homes sold in the Toronto region compared with 5,343 in the same period last year, according to the Toronto Regional Real Estate Board (TRREB).

That followed the 16-per-cent decline in sales in the latter part of March, when federal and local governments clamped down on non-essential work and urged Canadians to maintain a physical distance from each other when out in public.

“Home buyers and sellers have concerns about the economy and indeed their own employment situations,” the board’s president Michael Collins said in a statement accompanying the results. “On top of this, many buyers and sellers are avoiding any type of in-person interaction,” he said.

The mid-month report provides the first comprehensive look at the state of the country’s largest real estate market during the government shutdowns. Although sales started deteriorating after mid-March, open houses were still taking place and many realtors were completing transactions that occurred earlier in the year.

The Canadian Real Estate Association has said preliminary data from the first week of this month suggest sales and new property listings across the country were only about half of what would be normal for that time of the year.

In the Toronto region, condo sales declined the most, falling 72 per cent year over year. TRREB, which typically reports activity once a month, said condos traditionally attract a high share of first-time buyers, who in times of uncertainty can put their decision to purchase on hold. Sales of detached houses more than $2-million also decreased, which pulled down the average selling price.

The board called the drop in sales temporary and predicted that activity would accelerate once the economic recovery begins.

The housing market in Toronto and Southern Ontario had been overheating in the months leading to March with a shortage of properties for sale driving up competition, multiple offers and deals well more than the asking price.